Contact artist personally for originals, here, or email scott.wallin@yahoo.com or go to https://www.facebook.com/ScottWallinFineArts 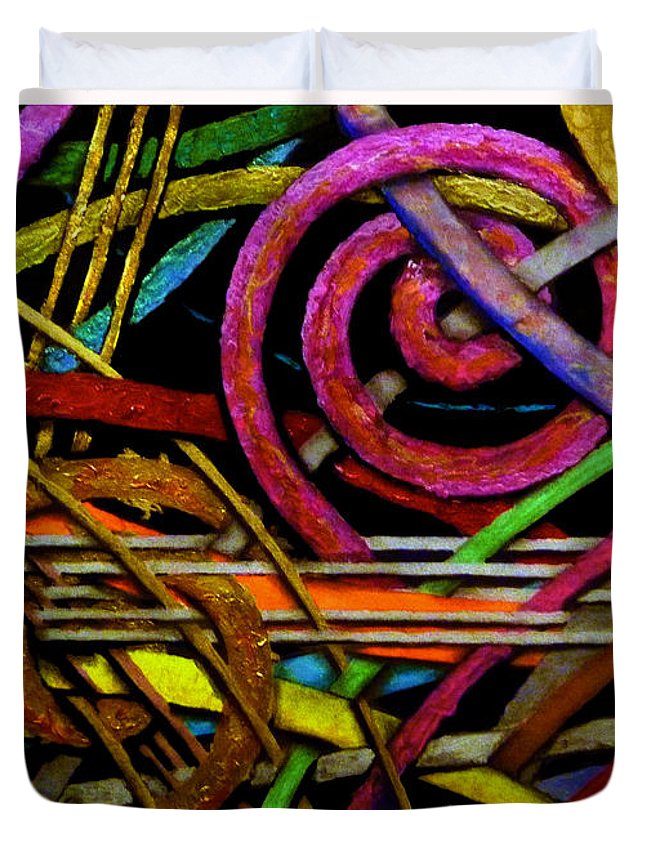 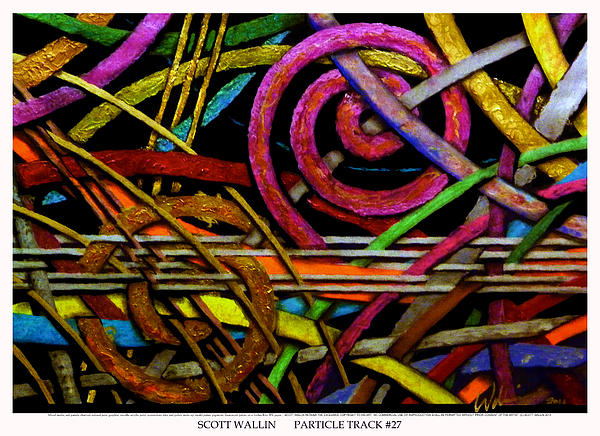 Boundary: Bleed area may not be visible.

Click and drag to re-position the image, if desired.

The image is near the edges of the product but doesn't cover the entire product.   Some of the background color may appear around the outside edges of the image.

Queen duvet cover (88" x 88") featuring the image "Particle Track Twenty Seven" by Scott Wallin. Our soft microfiber duvet covers are hand sewn and include a hidden zipper for easy washing and assembly. Your selected image is printed on the top surface with a soft white surface underneath. All duvet covers are machine washable with cold water and a mild detergent.

Artist's Statement To purchase the original pieces please contact me directly. I have worked in fine arts from early childhood, I first began working in clay then expanded into painting and drawing. Later I studied at the University of Oregon and earned a Bachelor of Science and Fine Arts (Art History, Ceramics, and Pre-Med majors) at Portland State University. After graduating I worked in the graduate program at the Rhode Island School of Design. It was later, under the direction of such mentors as the artists Mel Katz and Laura Ross-Paul, that I began drawing the figure extensively. While attending university as an undergrad I had also been studying quantum physics, and in a number of the books photographic images of the "tracks"...